It will make a perfect gift for home or office decorator, boat enthusiast, or passionate collector.

Titanic named by J.BRUCE ISMAY, was built in march 1909. In may 1911, she was launched, which was a heavily publicized spectacle. Titanic was designed to be a marvel of modern safety technology and her accommodations were the most modern and luxurious on any ocean. She was 883 feet long (1/6 of a mile), 92 feet wide and weighed 46,328 tons. She was 104 feet tall from keel to bridge, almost 35 feet of which were below the waterline. She was capable of carrying over 3500 people (passenger, crew). Unfortunately, at 11:40 p.m. On the 14th April 1912, the greatest maritime disaster in history began. During that night of heroism, terror and tragedy, 705 lives were saved, 1502 lives were lost, and many legends were born. This is fully assembled model of the famous RMS titanic. The model is 100% hand built from scratch using "plank on frame" construction method. Our master craftsmen have spent more than 75 hours to finish it. This model was painted in red, white and black, the original colors. It has magnificent details which include plank decking, metal rails, multiple life boats, davits, metal stairs, painted smoked stacks, anchors, and advanced rigging. Come with us, UK and white star flags. The word titanic and home port Liverpool are painted on the hull. Rest on a solid wood base with metal nameplate. 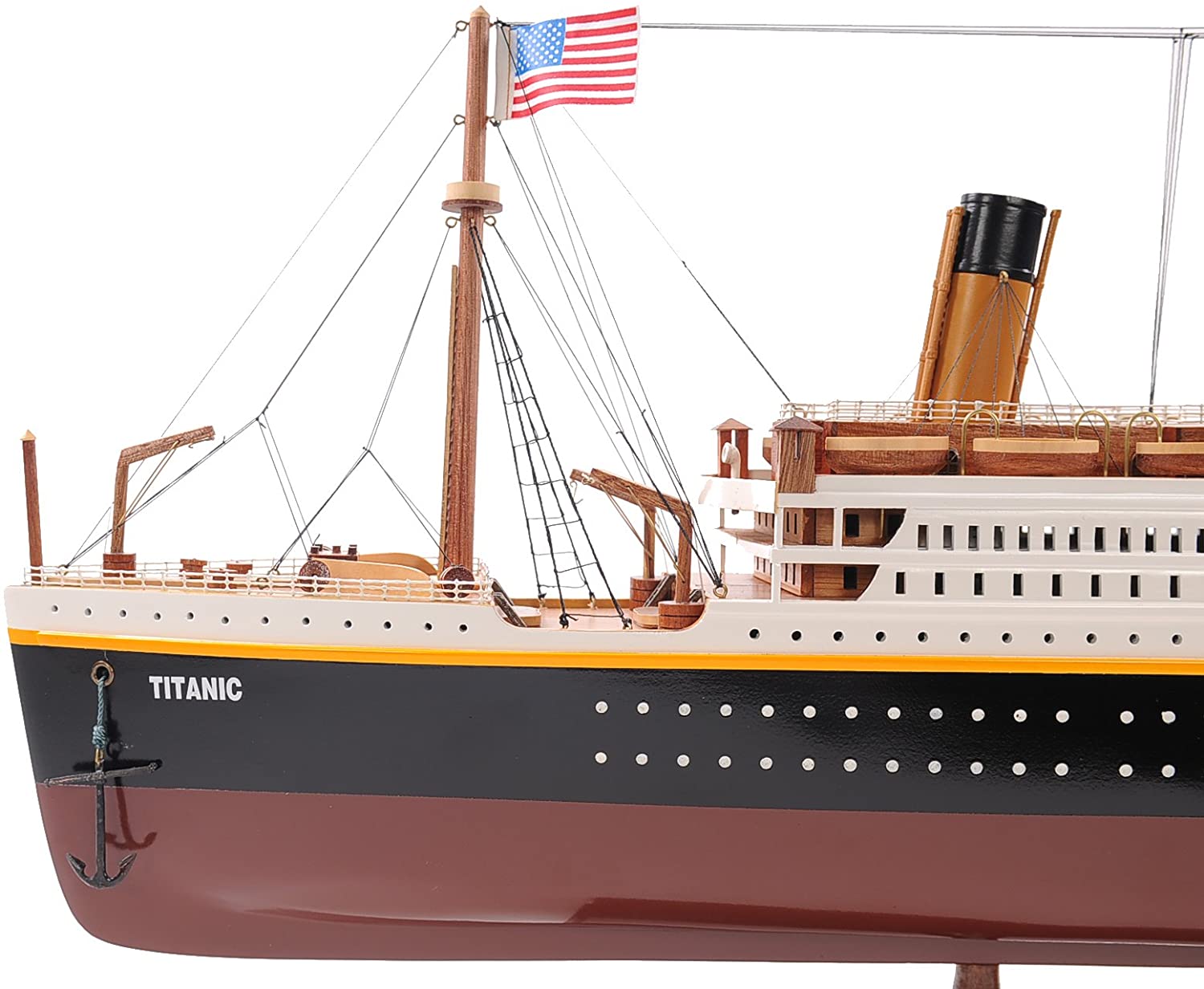 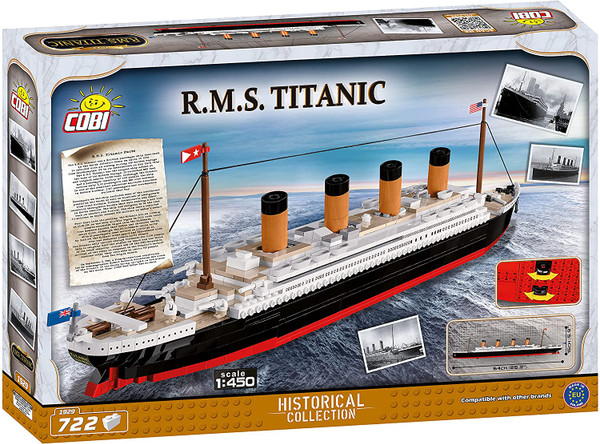 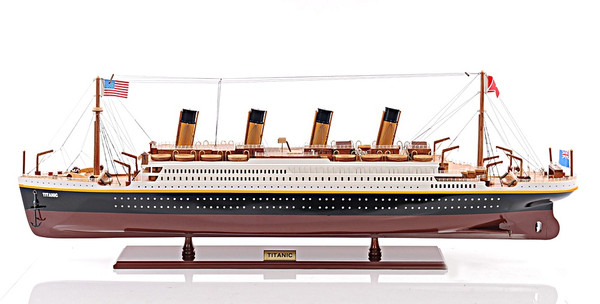 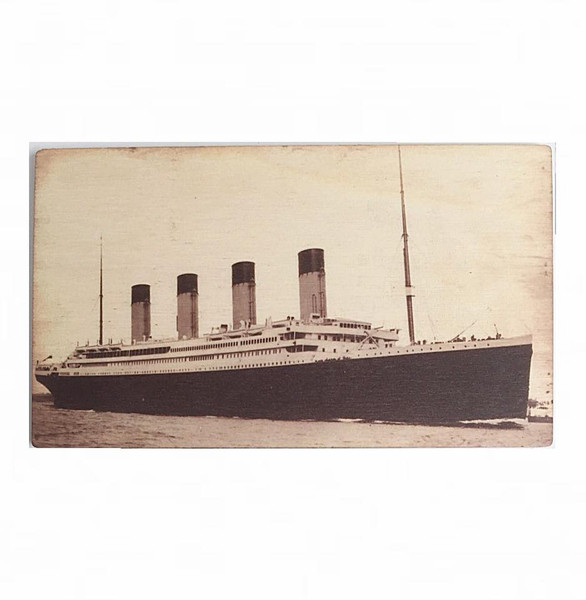